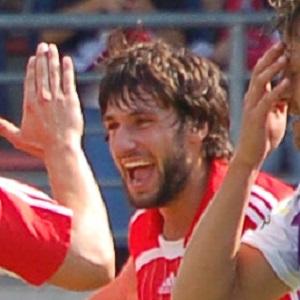 German midfielder who won A-League Premiership titles with the Brisbane Roar in 2011 and 2014. He is also famous for being the subject of the 2011 documentary "Tom Meets Zizou."

He played for youth teams like ASV Rott am Inn before turning professional in 2000.

His parents ran a delicatessen in Paris.

He and Carlos Hernandez have both won the A-League Foreign Player of the Year Award.

Thomas Broich Is A Member Of