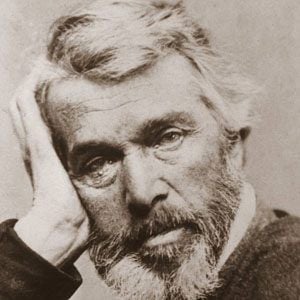 Remembered for his satirical and historical publications, this nineteenth-century, Scottish-born author penned such famous works as On Heroes, Hero-Worship, and The Heroic in History; Sartor Resartus; and The French Revolution: A History.

After graduating from the University of Edinburgh, he became a schoolteacher. Early in his literary career, he translated the works of Johann Wolfgang von Goethe and other prominent German authors.

He was a close friend of the American writer Ralph Waldo Emerson.

In the mid-1820s, he married fellow writer and scholar Jane Welsh. The unhappy union lasted until Welsh's death in 1866.

Thomas Carlyle Is A Member Of