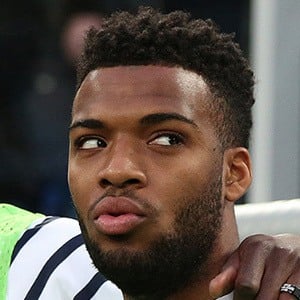 Midfielder who has earned acclaim for his international club career, including as a signee for Atletico Madrid of La Liga in 2018. He previously led French side Monaco to the 2016-2017 Ligue 1 title, and earned a spot on the UEFA Champions League Breakthrough XI team for 2016.

He played his youth soccer for Solidarité Scolaire's youth academy between 2003-2010.

He contributed to the Atlético Madrid squad that won the 2018 UEFA Super Cup. He also helped the French national squad win the 2018 FIFA World Cup.

He was born and raised in Baie-Mahault, Guadeloupe, France.

He and Diego Godin have played as teammates for Atlético Madrid.

Thomas Lemar Is A Member Of