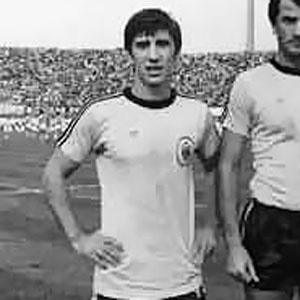 Goal-scoring machine who was considered one of Greece's all-time greatest soccer players.

He rapidly worked his way through the ranks of Panionios' youth league, making his professional debut in 1976 with the senior team; he quickly claimed a spot in history as one of the youngest players to ever score in the Greek Super League at the age of 16.

His family was residing in Kallithea, Greece, when he was born.

Thomas Mavros Is A Member Of