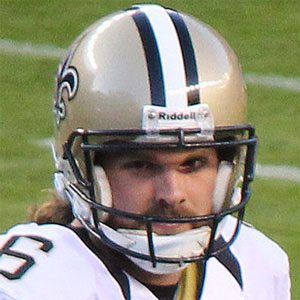 NFL punter signed a noteworthy $21.9 million contract with the New Orleans Saints after his All-Pro performance during the 2012 season.

He reached the varsity level in both football and soccer at Pearland High School before being recruited by Southern Methodist University.

His multiple All-CUSA honors at SMU influenced the Saint's decision to select him as the second punter selected in the 2009 NFL draft.

He was born to John and Isobel Morstead in Houston, Texas.

He earned a Super Bowl XLIV championship with teammate Drew Brees in 2010.

Thomas Morstead Is A Member Of