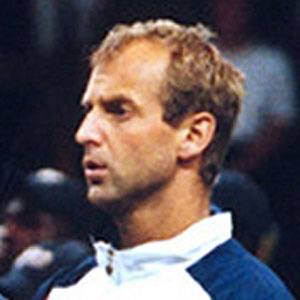 Former World No. 1 tennis player who was known as one of the world's clay court masters.

He turned professional after winning the Orange Bowl juniors tournament.

He and Rafael Nadal both became known for their mastery of clay courts.

Thomas Muster Is A Member Of