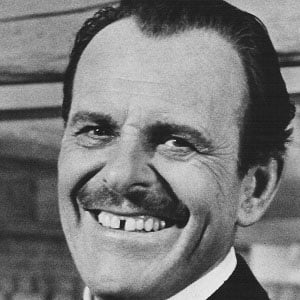 English actor and comedian who starred in various films in the 1950s and 1960s including Private's Progress and I'm All Right Jack.

He studied drama, geography at Ardingly College in West Sussex.

He signed up for the Entertainments National Service Association which provided entertainment for the British Armed Forces in 1939.

He was born the second youngest of four children in Finchley.

Dustin Hoffman based the persona for the character of Captain Hook in the film Hook on him.

Thomas Terry Stevens Is A Member Of