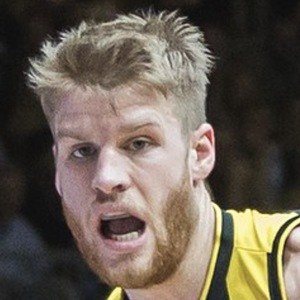 6'4" swingman who made his mark on college basketball when he led the Stephen F. Austin Lumberjacks to an upset of third-seed West Virginia in the 2016 NCAA tournament, which provided the perfect showcase not only for his play but also for his signature, prodigious beard.

Although he starred at Deer Park High School, averaging almost 26 points and nine rebounds as a senior, SFA and Houston Baptist were the only two schools to offer him a scholarship.

He followed up his 33-point first round performance with 21 points against Notre Dame in the second round of the 2016 tournament, but the Lumberjacks fell just shy of a second straight upset. He was named Southland Player of the Year in 2015 and 2016.

He was born to Lisa and Raymond Walkup and has a brother who also played college basketball.

Thomas Walkup Is A Member Of