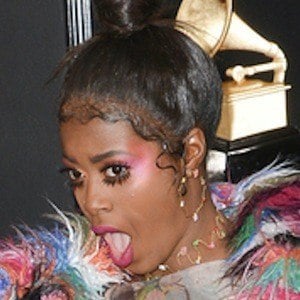 Rapper who released her 15 track album Whack World in May 2018. Each song is exactly one minute long. She has over 750,000 followers on her Instagram account.

She rapped under Dizzle Dizz as a teenager and gained fame in Philadelphia for her freestyles around 2011.

She released the music video to her first major hit "Mumbo Jumbo" in October 2017.

She posted a photo to Instagram of her mother at breakfast in July 2014.

One of her biggest influences is Andre 3000. The Miseducation of Lauryn Hill is her favorite album.

Tierra Whack Is A Member Of