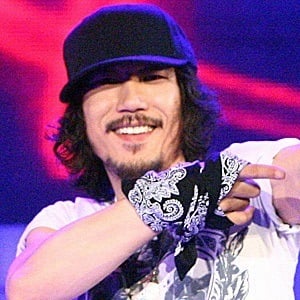 Rapper who rose to fame in the 1990s after releasing his debut album Enter the Tiger in 1995. He founded the group Drunken Tiger in 1999.

He studied English at UCLA.

He became a member of the hip-hop trio known as MFBTY alongside both his wife and fellow rapper Bizzy.

He married fellow rapper Yoon Mi-rae in 2007 and the following year they welcomed a son.

He sites Bob Marley as one of his biggest influences.

Tiger JK Is A Member Of