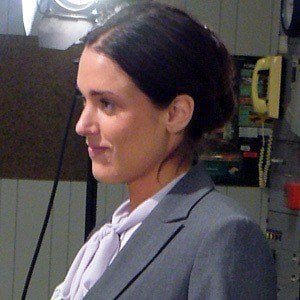 Actress and television host recognized for Rocky + Drago and Sveriges värsta kändisbilförare. She has also been a participant in the reality shows Robinson VIP and Let's Dance.

She made her onscreen debut in 2001 playing Lena Milander in the film The Bomber.

She is the daughter of renowned Swedish actors Ewa Fröling and Örjan Ramberg. Her half-sister is filmmaker F. Auguste Rahmberg, Georg Ramberg, and Mira Fröling. She and Magnus Lindqvist had one son, Mingus. Then, she and Angelo Cantavenera had a daughter, Marley.

In 2011, she acted in the comedic drama Strawberries with Real Milk alongside Per Morberg.

Tilde Froling Is A Member Of