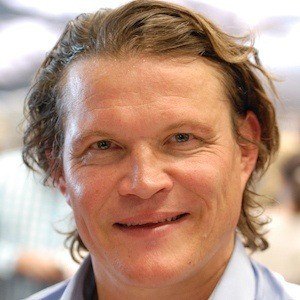 Swedish actor most famous for his role as Joakim Wersén in the "Beck" series of detective films based on the character Martin Beck. He is also an accomplished stage actor who has won acclaim for his roles in plays like The Sound of Music and Kiss of the Spider Woman.

He grew up in the Stockholm boroughs of Hökarängen and Sköndal. As a teenager, he competed in Judo, becoming a Swedish and Scandinavian champion.

He trained as a chef in Kristineberg and has cooked professionally.

He married Inese Bergs Morberg in 1988. His daughter is actress Alida Morberg.

He starred opposite Gustaf Skarsgard in the 2008 thriller Iskariot.

Per Morberg Is A Member Of