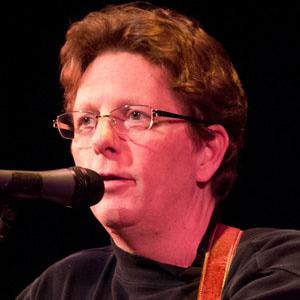 Multi-instrumentalist whose many albums showcased his proficiency with the guitar, fiddle, mandolin, banjo, bouzouki, and mandocello.

He, along with his sister Mollie, performed as a duo in church and local coffeehouses.

He won a 2005 Grammy Award for Fiddler's Green in the Best Traditional Folk Album category.

He was raised in Wheeling, West Virginia, the youngest of five children. His sister Mollie introduced him to Bob Dylan's music, which hooked him on the idea of becoming a musician.

He performed a duet of the song The Battle Hymn of Love with Kathy Mattea in 1990.

Tim O'Brien Is A Member Of