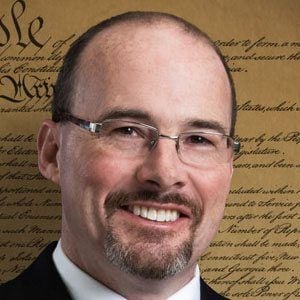 Republican politician and 33rd-district Member of the California State Assembly. A staunch opponent of illegal immigration, he became involved in an American citizens' border policing organization called the Minuteman Project.

He was interviewed (and satirized) on both The Daily Show with Jon Stewart and The Colbert Report.

He and his thirteen siblings grew up in Atlanta, Georgia. He and his Filipina-American wife, Rowena Donnelly, became parents to five children.

In 2014, he sought to challenge Democratic incumbent Jerry Brown but lost the California Republican gubernatorial primary to Neel Kashkari.

Tim Donnelly Is A Member Of