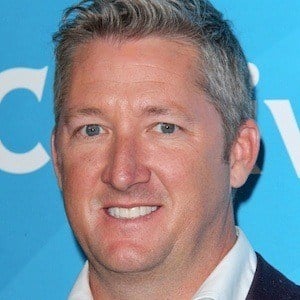 Urban Western cuisine specialist and chef, he is known for his countless appearances on NBC, the Food Network, and various print publications. He is the owner of a host of Fort Worth area restaurants, including his flagship Lonesome Dove Western Bistro.

While attending the University of Tennessee, he worked in a local restaurant kitchen to earn some extra money. He even volunteered in various kitchens to build his knowledge. He moved to Colorado he became a chef for various upscale restaurants. His first television appearance of note was on Food Network's Iron Chef America in 2006.

He opened a New York location of his restaurant called Lonesome Dove Western Bistro NYC but it closed after 6 months due to some highly unfavorable reviews by the New York Times and New York Magazine.

He married Emilie Love, whom he met in Colorado. They had three children together, a son named Tannahill, and twin daughters, Ella and Anna. They live on a ranch in Gordon, Texas.

While on Iron Chef America in 2006, he beat out Iron Chef winner Masaharu Morimoto in the Chile Pepper challenge.

Tim Love Is A Member Of