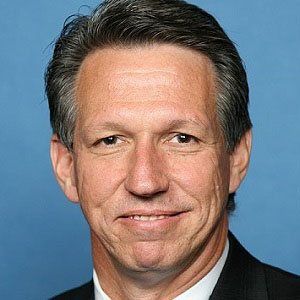 From 2007 to 2009, this Florida Democrat served his state's sixteenth district in the United States House of Representatives.

He earned a bachelor's degree in business and computer science from West Virginia University and an M.B.A. from George Washington University. Before entering politics, he worked in the information technology field.

He became a member of Congress following the sex scandal-related resignation of Florida Representative Mark Foley. Ironically, Mahoney lost a re-election campaign when his own sex scandal came to light.

Born in Illinois and raised in New Jersey, he relocated to Florida in his early thirties. Before ending in divorce, his marriage to Terry Mahoney produced a daughter named Bailey.

Tim Mahoney Is A Member Of