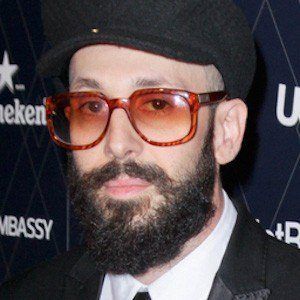 Bassist best known as a founding member of the Chicago-born rock band OK Go. The band has released a number of hit singles, including most notably "Here It Goes Again," which won the Grammy for Best Music Video in 2007.

He met fellow OK Go bandmate Damien Kulash at Interlochen Arts Camp at the age of eleven. The band first formed under the OK GO name after the pair reunited in Chicago, Illinois in 1998.

OK Go has toured with some of the biggest bands, including Panic! At the Disco, Fountains of Wayne, Motion City Soundtrack, and The Fray.

Though native to Kalamazoo, Michigan, he eventually lived in Chicago, Illinois for college. He ended up in Los Angeles during much of his musical career.

He is joined in OK Go by Dan Konopka, Damian Kulash, and Andy Ross.

Tim Nordwind Is A Member Of