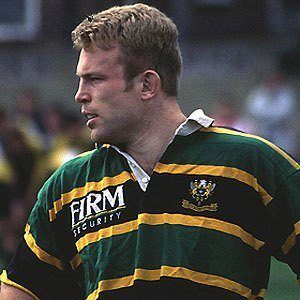 Former flanker and number eight who played with the Northampton Saints, England, and the British and Irish Lions.

He was a captain in the British Army before professional rugby and remained so even during his playing career.

He won the Five Nations Championship with the Northampton Saints in 1992.

He married Natalie Ardoin in 1997.

He and Pat Lam both played for the Saints.

Tim Rodber Is A Member Of