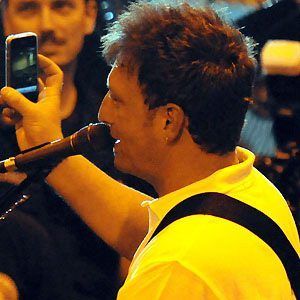 American country music artist who was part of the band Little Texas between 1991 and 1997. His solo song "She Misses Him" hit the US Country charts at #8.

He was born on Tinker Air Force Base and was involved in music from a young age before joining Little Texas.

He released his debut solo album in 2000 with the single "When You Love Me."

He comes from an Oklahoman musical family.

Tim Rushlow Is A Member Of