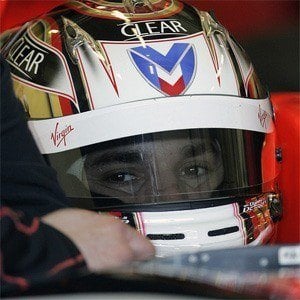 German driver who raced in Formula One World Championships with the Toyota, Virgin Racing, Marussia F1, and Jordan teams. In 2013, he drove for the BMW team in the Deutsche Tourenwagen Masters.

At the age of eighteen, he was the champion of the 2000 BMW ADAC Formula Junior Cup.

He competed in the 2005 Champ Car World Series as a member of the Michigan-based Rocketsports Racing team.

He settled in Switzerland with his fashion model girlfriend, Isabell Reis.

He and Finnish race car driver Heikki Kovalainen knew each other as neighbors and friends as well as racing colleagues.

Timo Glock Is A Member Of