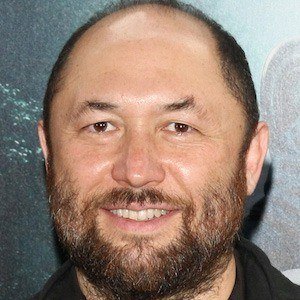 Director, writer, and producer who has become well known as one of the minds behind films like Wanted, Abraham Lincoln: Vampire Hunter, Unfriended, and the 2016 reboot of the classic film Ben-Hur.

He graduated from Alexander Ostrovsky Theatrical and Artistic Institute with a degree in theater and cinema set design in 1987.

He served a term in the Soviet Army which would later inspire him to write and direct his debut feature film Peshavar Waltz.

He was born in Guryev, Soviet Union, otherwise known as what is now Kazakhstan. His parents names are Mira Bogoslavskaya and Nuruakhit Bekmambetov. He married Varvara Avdyushko.

Timur Bekmambetov Is A Member Of