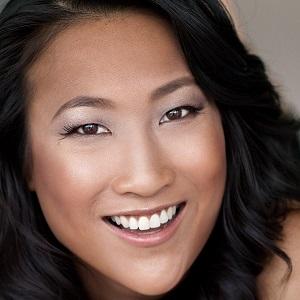 Well known for her series regular role on Nickelodeon's Hollywood Heights, she landed a recurring role as Susie Chang on TNT's Rizzoli & Isles in 2011.

She studied theatre at LaGuardia High School of Performing Arts and NYU's Tisch School of the Arts. She also completed Meisner technique training at the Baron Brown Studios in Santa Monica, CA.

She has been featured in the films On Paper, Larry Crown, Drive, My Dead Boyfriend, Pig Hunt, and Tenderloin.

She was raised in Chinatown and the Lower East Side in New York City but she was born in Dallas, TX.

Some other credits of hers include appearances on CSI, Switched at Birth, The Office, and Criminal Minds. She was also featured in the Fox medical drama House, M.D., starring Hugh Laurie.

Tina Huang Is A Member Of