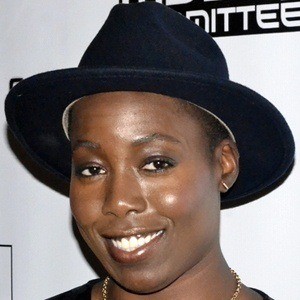 Rapper and songwriter best known for her singles "Subway Art" and "Home For Christmas." She also wrote songs for many artists, including Alicia Keys, Kanye West, and Ty Dolla Sign. In 2016 she released her first EP, Dedicated To.

She started rapping when she was a child.

She gained recognition after she wrote a song for Ahsan Watts.

She grew up with a brother and sister.

Tish Hyman Is A Member Of