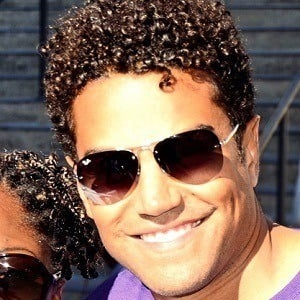 Musician who was a member of the R&B/pop group 3T along with his two brothers, Taj and Taryll.

He is featured on the Lifetime show The Jacksons: Next Generation, a reality series about TJ and his two brothers, as well as their life as members of the famous family.

His father is Motown singer and Jackson 5 member Tito Jackson. He became a step-father to two children when he married his girlfriend Frances in 2007. Together they had four more children.

Singer Michael Jackson was TJ's uncle, and was very important to him growing up, as his mother died when he was 16; TJ is now the guardian of Michael's three children, Paris, Blanket, and Prince.

TJ Jackson Is A Member Of