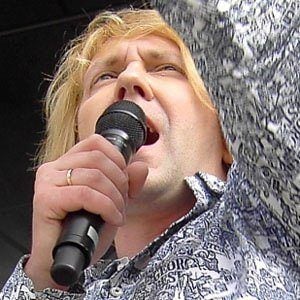 Pop singer, drummer, and songwriter who became famous as a lead singer of the German group, Die Prinzen. His music has been featured on the German children's TV quiz show, 1, 2 oder 3.

He studied music at Germany's Musikhochschule Leipzig, where he founded and played drums for a band called Puma.

He composed Elixir in Leipzig, a musical that performed for sold-out houses in 1998.

He was born in Leipzig, Germany, and he later relocated to London, England.

He is a contemporary of fellow German pop singer, Dero Goi.

Tobias Kunzel Is A Member Of