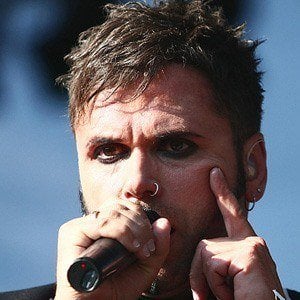 He grew up with his Oomph! bandmate Crap and they played music together in grade school.

He created the group called What about Bill? after spending a night in a jail cell for urinating in public.

He has not been public about his family life.

His father made him sing Elvis Presley songs as a child and sparked his interest in music.

Dero Goi Is A Member Of