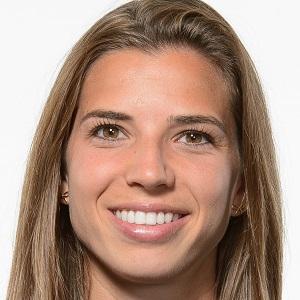 She was part of the soccer team at the University of North Carolina that won three NCAA Women's Soccer Championships in four years.

She decided after several years with the U.S. club teams to take her talents to Paris and the Saint-Germain ladies.

Her oldest sister, Katie, played on the University of Delaware's Division I tennis team. She also has another sister named Perry and a brother named Jeffrey.

She joined Abby Wambach on the U.S. women's soccer team in 2008.

Tobin Heath Is A Member Of