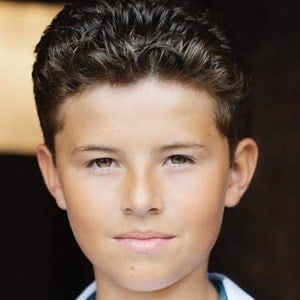 Britain's Got Talent contestant who performed alongside four others as a group called Made Up North, later called Bring It North.

He played Michael Darling in a production of Peter Pan at the Spa Theatre in 2015-2016.

He is from Bridlington, England. His mom's name is Lianne.

He performs alongside Harry Steel in Bring It North.

Toby McTurk Is A Member Of