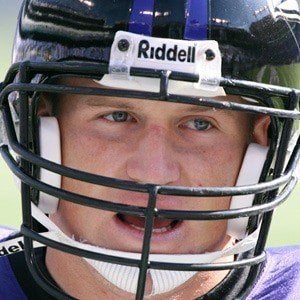 Former NFL tight end who was named to two Pro Bowls as a longtime member of the Baltimore Ravens.

He was drafted 31st overall in 2001, after playing two years at Arizona State University.

He was signed to the Arizona Cardinals in 2011, but his 2012 season was derailed by injury, leading the team to release him in December of that year.

He fathered three children, Brooklyn, Preston, and Kyle, with his wife Ashley.

He started his career as a backup for Shannon Sharpe.

Todd Heap Is A Member Of