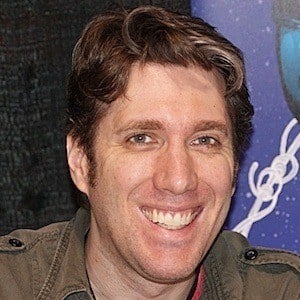 Comic book artist and writer show is best known for his work on Friendly Neighborhood Spider-Man and Young Justice. He also created the superhero team Wildguard.

He wrote the Mutant Mishaps story for Marvel Comics in 1992.

In 2012, he signed a deal with Skybound Entertainment at Image Comics.

He is originally from Texas.

He designed superhero versions of Ty Pennington and Xzibit for an episode of Extreme Makeover: Home Edition.

Todd Nauck Is A Member Of