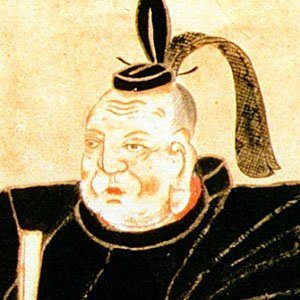 Remembered as the first military ruler of Japan's Tokugawa shogunate, Ieyasu rose to power in the early 1600s.

His early years were marked by a clan feud that involved his family and resulted in the death of his grandfather. As a result of this conflict among Japan's elite, Ieyasu spent a portion of his childhood as a hostage of the opposing clan.

He was the author of the Buke Shohatto of 1615, which laid the groundwork for the continued rule of the Tokugawa regime.

He was born to step-siblings Matsudaira Hirotada and Lady Odai. His first marriage was to Lady Tsukiyama; he went on to have numerous other wives and mistresses, and he fathered two legitimate and numerous illegitimate children.

Born many centuries apart, he and Prince Shotoku were both members of Japanese royalty.

Tokugawa Ieyasu Is A Member Of