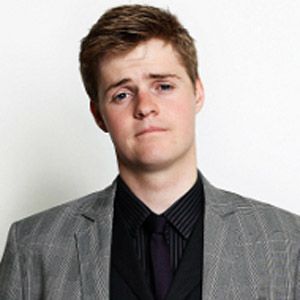 Known for his hosting work on the Australian Triple J radio station, he also had a career as a stand-up comedian. He and Alex Dyson often co-hosted Triple J programs.

Early in his career, he was a finalist in the Class Clowns and Raw Comedy competitions, and he also performed during both the Young Blood Comedy Tour and the Melbourne Comedy Festival.

A vegetarian and cat owner, he became an animal rights activist.

He grew up in Warrnambool, Victoria, Australia, as the son of Neil and Judy Ballard.

From 2009 until 2010, he was romantically linked to fellow Australian comedian Josh Thomas.

Tom Ballard Is A Member Of