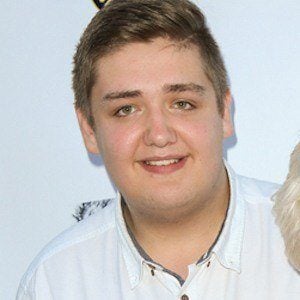 Pop singer best known for competing on The X-Factor in 2015 before sensationally quitting the show just before the Judge's House round. He stated that is was for personal reasons and that he wasn't feeling vocally ready.

He created a YouTube channel called Tom Bleasby Music in 2014 and began posting covers he sang. He posted a karaoke duet to Jessie J's song "Do It Like A Dude" in March 2015 and it went viral just before he auditioned for the show.

His YouTube channel has nearly 115,000 subscribers and his Twitter has over 10,000 followers. While he already had a strong followers base from his viral video, his participation on the show helped those numbers along as well.

He grew up in Leeds and has a younger brother.

He ended up performing in a real-life duet with Jessie J for Ellen DeGeneres on her show a mere week before he quit X-Factor.

Tom Bleasby Is A Member Of