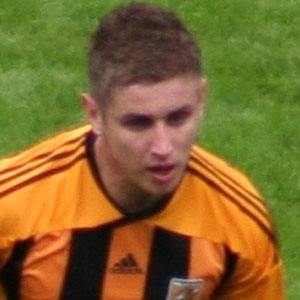 English midfielder who joined Fulham in 2015. He has previously played for clubs like Hull City and the Blackburn Rovers. He began representing Scotland internationally at the Under-19 level in 2009.

He was voted Player of the Year by Rovers fans for the 2013-14 season.

His mother is English and his father is Scottish. He and longtime Abbie Richards gave birth to a baby boy in April 2019.

He has been teammates with striker Jordan Rhodes at Blackburn.

Tom Cairney Is A Member Of