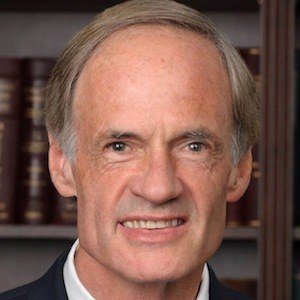 Politician and Democrat who became a US Senator from Delaware in 2001. He became the Chairman of the Senate Committee on Homeland Security and Governmental Affairs in 2013.

Elected as a state treasure in 1976, he helped Deleware to shore up its finances and overhaul education.

As a flight officer for the U.S. Navy, he served three tours of duty in Vietnam.

He has two sons, Chris and Ben, with wife Martha.

Joe Lieberman sponsored in Congress a cybersecurity bill that he wrote.

Tom Carper Is A Member Of