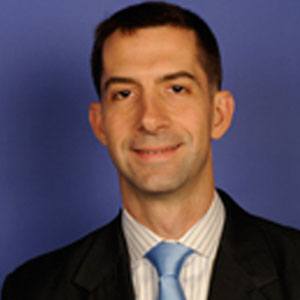 Republican politician and Army veteran who became an Arkansas representative in the House of Representatives in 2013.

He served in the Army and attended Harvard's Law school.

He wrote an open letter to the New York Times in 2006, calling for a journalist to be imprisoned for espionage.

He was born to Avis and Thomas Leonard Cotton. And he is a practicing Methodist.

He was opposed to Barack Obama's healthcare plan, the Affordable Care Act.

Tom Cotton Is A Member Of