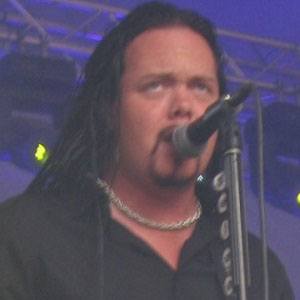 Swedish-born metal guitarist and vocalist who performed with the band Evergrey, recording nine albums between 1998 and 2011.

He released his first album with Evergrey, The Dark Discovery, in 1998.

He sang backup vocals on albums by Dragonland, Ayreon, and Mind Key.

He and fellow guitarist Gus G. both performed with a European death metal band called Nightrage.

Tom S Englund Is A Member Of