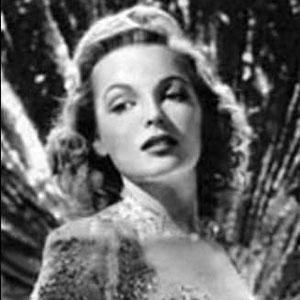 American actress and model best known for her appearance in 1942 film The Mummy's Tomb.

She attended the Traphagen School of Fashion and actually modeled her own work in Vogue.

She was a magazine pin-up girl during World War II.

She starred alongside Lon Chaney Jr. in The Mummy's Tomb.

Elyse Knox Is A Member Of