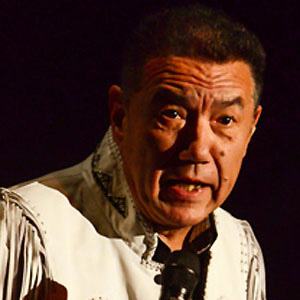 Actor and singer who has created and starred in the annual Christmas concert series entitled Huron Carole for 18 years and has also released numerous country music albums.

He moved from Saskatchewan to Alberta when he was seven years old and then on to Winnipeg at fourteen where he dropped out of high school and lived on the streets for many years until he started acting.

He has received many honors throughout his career including when he was made Officer of the Order of Canada in 2000 and many honorary degrees from different schools such as the University of Calgary, Trent University and University of Lethbridge.

He married wife, Alison, and the couple has four children.

One of his best friends has been actor, Graham Greene who stated he would love to get a role on the television series, Star Trek in which Jackson gained a guest role in first.

Tom Jackson Is A Member Of