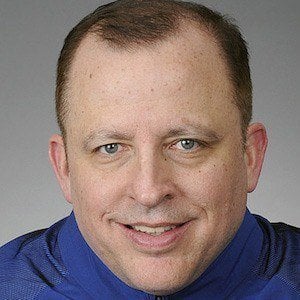 Basketball coach who was named 2011 NBA Coach of the Year with the Chicago Bulls. He served as head coach and president of the Minnesota Timberwolves from 2016 to 2019. In 2020, he was named head coach of the New York Knicks.

He played basketball at Salem State University and later served as an assistant coach at Harvard University for four seasons.

He won a NBA Championship as an assistant coach with the Boston Celtics in 2008. He became the fastest head coach in NBA history to reach 100 victories in 2012.

Tom Thibodeau Is A Member Of