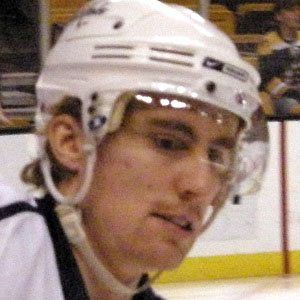 After joining the Detroit Red Wings following the 2002 NHL Draft, this Czech ice hockey winger played one season with the Colorado Avalanche and multiple seasons with the Washington Capitals and the Florida Panthers before joining the Anaheim Ducks.

As a member of the Czech Republic's national team, he won bronze at the 2002 International Ice Hockey Federation Under-18 World Championship.

From 2002 to 2004, he played for the Western Hockey League team the Moose Jaw Warriors.

He was born and raised in Koprivnice, Czechoslovakia (modern-day Czech Republic).

While playing for coach Bruce Boudreau 's team the Hershey Bears, Fleischmann scored thirty goals in under sixty games and helped lead the team to the American Hockey League Championship.

Tomas Fleischmann Is A Member Of