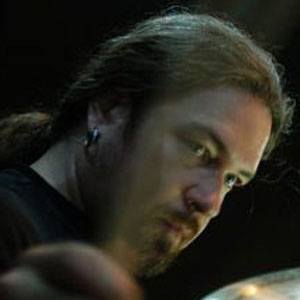 Swedish musician best known as the drummer for the technical metal band Meshuggah.

He first appeared with Meshuggah on their 1991 album Contradictions Collapse.

He was named as the fifth best modern metal drummer by MetalSucks.net in 2012.

He married Crucified Barbara bassist Ida Evileye in 2011; the couple separated in 2013 and divorced the following year. He later became engaged to Jessica Pimentel.

He and frontman Jens Kidman are founding members of the influential metal band Meshuggah.

Tomas Haake Is A Member Of