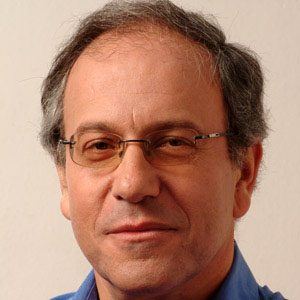 Liberal businessman who helped found the Humanist Party, the first political party legalized under Augusto Pinochet's dictatorship. He ran for president of Chile in the 2005 presidential election.

He studied industrial civil engineering at the University of Chile, but dropped out before graduating.

He lost his bid for a seat in the lower house of Congress in 1997.

He married Juanita Vergara and had two children.

He was an opponent of dictator Augusto Pinochet.

Tomás Hirsch Is A Member Of