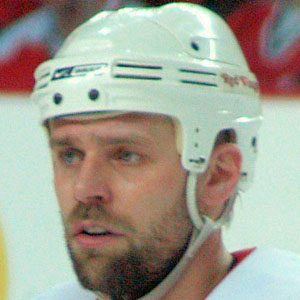 Swedish winger known for screening and pestering goaltenders. He won his fourth Stanley Cup title with the Detroit Red Wings in 2008.

He played two seasons in the Swedish Elite League before making his NHL debut with the Red Wings in 1996.

He had three children with his wife Annelie Holmstrom.

He won three Stanley Cups with captain Steve Yzerman on the Red Wings.

Tomas Holmstrom Is A Member Of