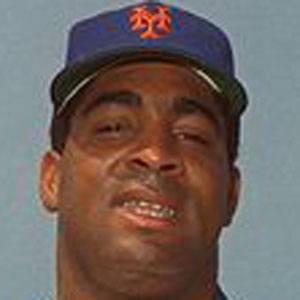 Center fielder of the Miracle Mets who made two of baseball's most well-known catches during the team's incredible World Series run.

Out of college in Grambling University he played briefly in the National League and then became the AL Rookie of the Year.

He made his first historic catch backhanded, sprinting at full speed, and he held on as he bounced off the wooden fence in the outfield.

He had one daughter with his wife Maxine.

He and several of his Miracle Mets teammates appeared on an episode of Ray Romano's sitcom, Everybody Loves Raymond.

Tommie Agee Is A Member Of