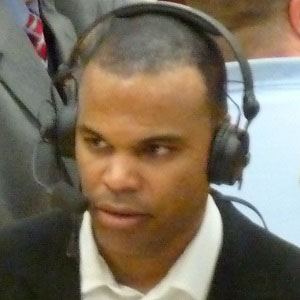 Basketball coach who served as head coach of Seton Hall from 1997 to 2001 and the University of Michigan from 2001 to 2007 before being named head coach of Harvard prior to the 2007-08 season. He led Harvard to five straight Ivy League Championships from 2011 to 2015.

He played point guard for the Duke Blue Devils from 1983 to 1987, setting the Duke career and single season assists records. Bobby Hurley broke both records a few years later.

He married psychologist Stephanie Pinder-Amaker, whom he met at Duke.

He was teammates with future college basketball analyst Jay Bilas at Duke.

Tommy Amaker Is A Member Of