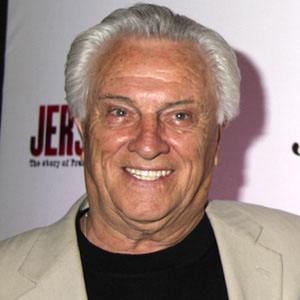 Singer and guitarist best known as a founding member of The Four Seasons. The band had a #1 hit in 1962 with the song "Sherry."

He formed the band Variety Trio in the 50's with his brother Nick and friend Hank Majewski.

He and the remaining members of The Four Seasons reunited in 2005 for a performance commemorating the opening of the Tony-winning play Jersey Boys, based on the band's early days.

His brother Nick was an early member of the band.

He and bassist Joe Long were members of the rock group The Four Seasons.

Tommy DeVito Is A Member Of