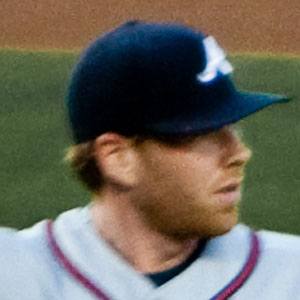 Starting pitcher known for his unorthodox delivery, he made his MLB debut in 2009 with the Atlanta Braves and finished second in the NL Rookie of the Year voting. He died of organ failure at the young age of 29.

He graduated from Redlands East Valley High School in California.

He spent his last MLB season, 2013, with the Los Angeles Angels of Anaheim.

He was born in Tulsa, Oklahoma.

Bobby Cox was his manager on the Braves.

Tommy Hanson Is A Member Of