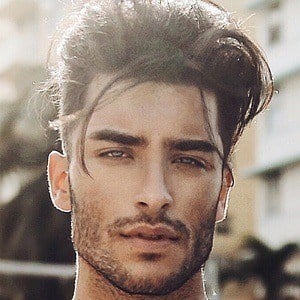 Artist, model and photographer who has established himself on the photo-sharing social media network Instagram, where he has more than 3.3 million followers. His posts often include inspirational quotes and gratitude.

He created a YouTube channel to show off his art, including speed drawings of Maleficent and Channing Tatum as well as a speed painting video. He has appeared on the red carpet for the Tommy Hilfiger brand.

He is from Hamburg, Germany. He has a brother.

He been photographed with the likes of Nick Bateman and Alexis Ren.

Toni Mahfud Is A Member Of