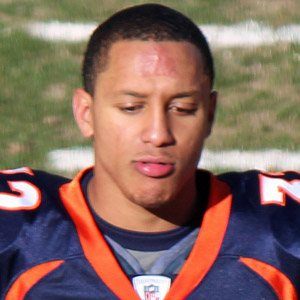 Cornerback who made his NFL debut in 2009 for the Denver Broncos.

He played college football at Florida State, where he was All-ACC second-team as a freshman and sophomore, and first-team as a junior and senior.

After spending parts of 2010 with the Minnesota Vikings and New England Patriots, he returned to the Broncos in 2011.

He recorded his first NFL interception on October 15, 2012, on a pass by Philip Rivers.

Tony Carter Is A Member Of